In order to retain the title we had to win 7-2 or better. Everyone was up for the job and had taken a few days off from work in order to prepare properly. The scoreline was 9-0 but it wasn’t a true reflection of the match as 4 rubbers went to 3 sets.

Andy and Steve did really well maintaining the impressive win rate from all our subs this season.

Dan and James were reinstalled as a partnership and they didn’t fail to deliver despite a few shaky moments.

Richard played solid and was a contender for MOTM. He actually had a few good net shots and a smash with a downward angle. But you cannot give MOTM to someone who leaves a clear which is 1 foot in. Therefore everyone agreed (or at least the captain did 🤔) to award it to the humble young Dane.

Celebratory pint at the closest pub. Btw Dan wasn’t there. 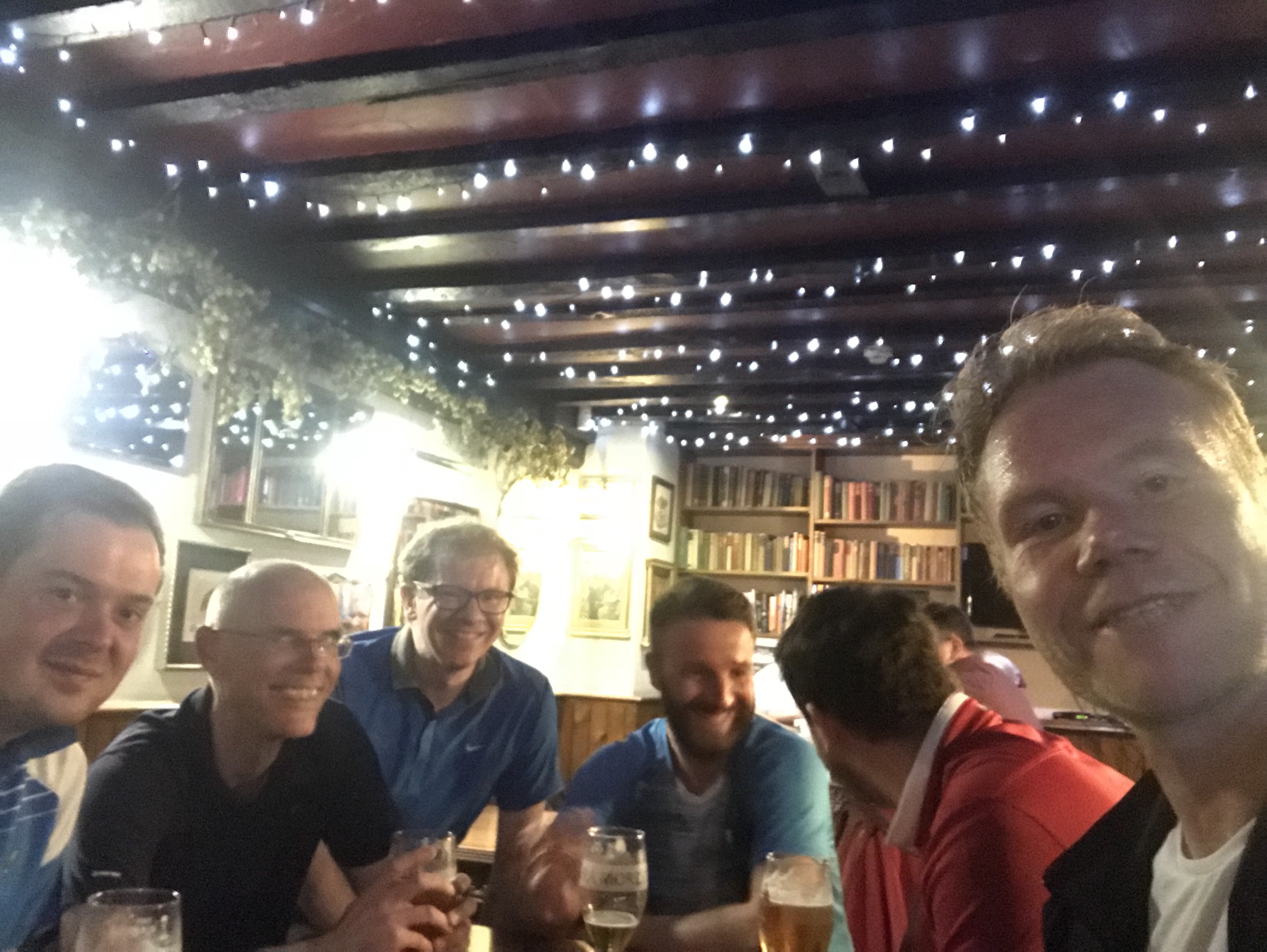